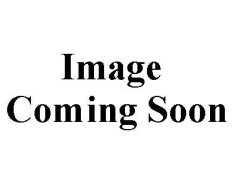 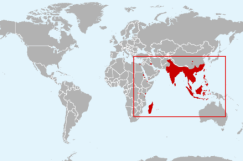 Found throughout Southeast Asia mainly but wide spread across Asia, however their presence on the island in the gulf of Thailand is from direct and indirect introduction. Asian house rats are supremely adaptable species, found in many natural and man-made habitats including agricultural lands and wholly urban areas, within grassland or residential. Their omnivorous behaviour and adaptability has allowed this species and species similar to inhabit a wide range of species

Up to 22 cm in length from head to their tail base, their tails are almost he same length as their bodies. The fur on their back is an olive, brown colour and the colour on their underside is generally lighter. The tail is very dark and nearly naked. Their small ears and eyes are jet black. Males Asian house rats are larger than females and juveniles have a slightly larger head and smaller body by comparison.

Asian house rats are fast runners, they can climb well and jump up to 50 cm. Primarily nocturnal (active at night) species, which usually live in polygynous groups (have more than one breeding partner) with multiple males and females. Dominant males have increased mating access and mate more frequently than subordinate males (lower ranking). Females Asian house rats are usually more aggressive than males, but have been reported to be less mobile.

Asian house rats do not have a breeding season, although very hot or cold temperatures will reduce breeding. Females of breeding age come into heat all year-round, every 4 to 5 days, unless they are pregnant, and even then, they may come in heat once or twice early in the pregnancy. Gestation period is normally 22 days, litter size of 6-13 pups. Females house rats nurse the pups alone and some will leave the pack. Generally they live up to 2 years in the wild.

Due to their short life cycle and reproductive stage Asian house rats are important food source for species higher in the food chain; snakes, lizards, cats, birds of prey and also humans. However their presence in unsanitary areas can lead to disease outbreak as they are disease carriers.

Because of their resilience their species has more of an impact on humans than humans have on their population.

All rat species present to date originated from Asia and Australia, this shows just how adaptable this family can be. 95% of animals used for medical testing are mice and rats because their genetic map, high metabolism and short life span allows researchers to see a faster change over time.

** This data set was written by Melissa Stephens of Bournemouth University, England and edited by Stephanie Young**

This is a text widget. The Text Widget allows you to add text or HTML to your sidebar. You can use a text widget to display text, links, images, HTML, or a combination of these. Edit them in the Widget section of the Customizer.
Loading Comments...
%d bloggers like this: