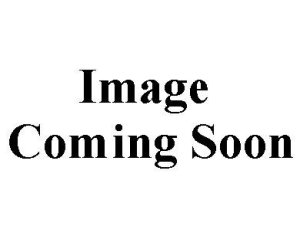 The barn owl is also known as the “common barn owl” because of their distribution almost worldwide; with the exception of polar and desert regions. The barn owl lives in areas where their is rough grassland for hunting. Hedgerows are also preferred to accommodate the species roosting habits, but on their island they will nest in the edge of forests near grasslands. They nest within hollow trees and will use man-made structures such as sizeable bird boxes.

The Barn owl is relatively easy to identify in comparison to many other birds. This is mainly due to the distinctively coloured plumage (feathers), consisting of white and several shades of brown. The facial disk resembles a heart shape which functions just like a human ear lobe, concentrating sound to a specific point. Because of the morphology (shape) of the facial disk, the barn owl has an exceptional ability to detect prey from within dense foliage as well as from long distances.

Despite common misconceptions; the barn owl is not strictly nocturnal, therefore can be seen hunting at early light in the morning as well as through dusk hours. Sightings throughout the middle of the day are not particularly uncommon and can be an indication of limited prey in the area. The owls have a large variation of vocalisations (calls); using alarming hissing and screeching sounds.

Barn owls are usually monogamous, so will remain in the same pair for life. There have been recordings of males mating with multiple females but this is relatively uncommon within the species. The females produce 4-7 eggs on average which are laid throughout the duration of 7 days. The typical incubation period lasts around 30 days. The Barn owl can live up to 25 years.

Barn owl’s are specialist species due their hunting abilities, prey preference and the time of day they hunt. Barn owls only hunt small prey (rodents, frogs and occasionally other birds that are active during low light hours (dawn and dusk). Their abilities over other raptors (birds of prey) such as their keen sense of hearing and eyesight allows them to zero in on prey in a large area. A typical family of 2 adults and 4 young would on average consume over 1000 rodents over a 10 week period when the adults are nesting and raising young. The presence of this species regulates rodent populations.

Habitat loss due to the increase of intensive farming and development has had a significant effect on the barn owl population, with a 70% population decrease recorded during the 21st century in other areas of it’s range (Europe). However due to the species distributed so widely across the world this decline has not had an impact on the species overall IUCN red list status and still remains at least concern.

Barn owls are considered non-territorial as will share their large home ranges (of 50,000 hectares) with others of the same species. One of the barn owls ears is situated slightly higher than the other. This means the barn owl has a three dimensional radar system, allowing for an impeccable hearing.

** This data set was written by Lucia Parker of Bournemouth University, England and edited by Stephanie Young**